Getting things crossed of the never ending to-do list of maintenance items for La Mouette seems to be very sporadic.  They are not regular events, nor are they in order of importance.  They simply get crossed off precisely when they mean to – to paraphrase a famous wizard.  And it’s a bit like that.  During the week or fortnight prior, you plan a particular job and yet, when the weekend finally arrives and goes, the planned job is still on the to-do list.  However, eventually, the job does get done and crossed off the list and hence the title of this post.  It’s a big event and when you cross it off your list, you hear a big “ta-daa” in your mind.  Job well done!  Just getting it done was a big enough hurdle, probably way out of proportion to what the actual job was.

Over the past few posts I have been banging on about winch maintenance, a long overdue job.  We have been trying to get out of the marina and go for a sail but the weather gods have been conspiring against us.  Actually, the blame can be laid more on dodgy weather forecasting rather than the capricious nature of gods and other various minor deities.  Although, they must take the blame for stuff on more than the odd occasion.  It’s the modern world we live in, where, when things don’t go according to plan, or just plain wrong, it can be attributed more to modern technology not fulfilling its promise rather than old fashioned gods playing around with us. 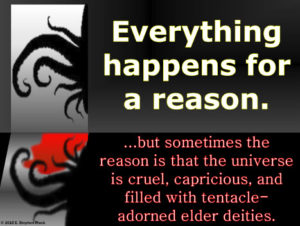 The app on my phone that I rely on for weather forecasting is WillyWeather.  It looks very professional and accurate and you follow it each day to see what will happen on the weekend.  For most of the week it looks good but doesn’t actually change until the morning of the day.  For the last fortnight they have been predicting absolutely crap weather for the weekend and when Saturday morning dawns, despite the sky being overcast, the weekend doesn’t turn out too bad.  By that stage and after a bit of a sleep in, a slow drive to the marina in Saturday morning traffic, it’s too late to get out on the water, so a bit of boat maintenance is in order.  This is the scenario that led to the winches getting done on the weekend.  We missed a couple of days sailing, but at least the winches will be ready for the next opportunity.  Oh, and the batteries got a good charge up also.

Despite having owned La Mouette for a couple of years now, there are still lots of things that come under the “first time” category.  Stripping and cleaning the winches was one of those times.  Despite having watched a couple of YouTube clips on how to do winches, and read a few articles, it’s still not the same as actually tackling the job yourself on your own boat.  Assembling all the bits and pieces necessary, it was just a matter of actually getting into the work.  First cab off the rank was pulling them to bits.  Different brands of winches have different methods.  A lot of the videos show some kind of circlip or locking ring, however, on inspection, my winches had a big slotted screw in the top.  This came out quite easily and the rotating part where the winch handle clips in also came out quite easily.  It’s at this stage it starts to get messy with black grease over all the internal parts.  As I disassembled it, I took photos with my phone, so I knew where the bits went and then they went straight into a container filled with kerosene.

Stripping it was really easy – there weren’t many parts and nothing holding it all together, the bits just fitting into recesses, ie the pawls and springs.  The worst part, well almost worst part, but I will come to that shortly, was getting all the old grungy grease off everything and getting it all clean and dry.  Once that was done and the bits were all laid out in order, it was time to inspect them and they all looked good – a bit of wear but that’s normal for winches that are probably original therefore, forty years old.  I am guessing they are original, but you never know.  I bought a tube of that really expensive winch grease ($39!!!!) and started putting it all back together again ensuring that the roller bearings had plenty of grease worked well into them.  Apparently, the pawls and springs don’t get greased as this doesn’t make them work as well as they should.  You have to buy special pawl oil which I presume is also quite expensive.  Not having any, I just used a bit of new engine oil out of an old fashioned oil can.  It seemed to do the job nicely.

The absolute scary part of the whole process is getting the little springs back in with the pawls.  One wrong move and Ping!  The spring disappears, either over the side into the water, or somewhere else never to be seen again.  One spring did go ping but I eventually found it.  The others all behaved themselves and it seems that the capricious deities were having a relaxing weekend and not doing too much – they could have had a lot of fun at my expense, if they had bothered to come down to the marina!

The winch went back together without too many dramas and was working correctly.  Having one winch cleaned and re-greased it was time to tackle the other one.  Surprisingly, the first winch didn’t take all day.  Just an hour or two.  To be honest, it’s a fairly straight forward disassemble, clean, inspect and reassemble.  I have done a lot of this on motorbikes in the past so I did have some idea of what was going on.  My BMW motorbike is probably due for a spline lube – a job these bikes need and it’s a big, big job as the entire final drive and drive shaft have to come out.  A couple of boat winches is infinitely easier!  And in due course, the other winch proved quite easy, if not a bit on the messy side.

Ta-daa!! Another job off the to-do list that had been hanging around for ages and we were also able to pick up the outboard from the dealer on Saturday morning after its first service.  Another job off the list.  But the big question still remains of whether we can get it out sailing in the next couple of weeks or just do more jobs.  But more on that next time.